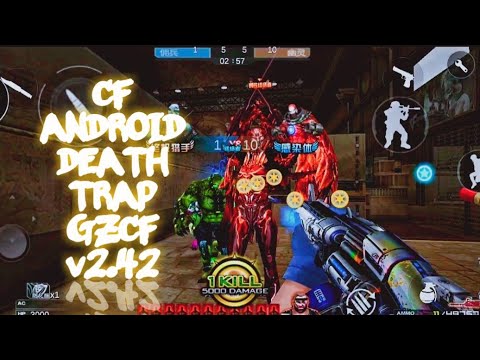 The mobile version of THE most successful FPS game on the planet, CrossFire: Legends retains the overall aesthetic of its PC predecessor, now with new functionality and features that guarantee you the same smooth, addicting gaming experience on mobile devices. Millions of players all over the world can now relive the exciting action they had on PC—on mobile! You want intense gameplay? We’ve got it! Insane graphics? We’ve got those, too! And all that with the same classic mutant and PvP modes players have come to love, continuously remolded and improved to ensure players keep coming back for more! Want even more? Then check out the all-new battle royale mode, exclusive to the mobile version! With zany and thrilling sub-modes and items by the dozen, CrossFire: Legends’ battle royale mode will bring new and old players alike the Crossfire experience they’ve only dreamed of!

[Features]
1. Mutant Mode: The beloved classic from the PC version, now on global mobile for the first time! At the beginning of a match, all players are randomly divided into two factions—human and mutant. Humans need to use their weapons to kill mutants; mutants need to attack and infect humans. The battle of the species starts now!
2. TDM: Kill the required number of enemies within the time limit to win the match. Hardcore FPS fans, look no further! This simple but exciting game mode WILL make your blood boil!
3. BR Mode: It’s last man standing in battle royal mode! Players can choose to join matches in solo, duo, or squad mode, and a match includes parachuting, escaping from sandstorms, looking for supplies, defeating enemies, and fighting to be the last man/team standing. More sub-modes, maps, and items added monthly. Now’s the time—join the battle together with your friends and become the legend you’re meant to be!